A Tale of Two Watches


As a tale of two watches, I matched a dial and movement from a watch that had a case that was in really bad condition (1929) to a watch case (1928) that was in great shape. The movement model is the same between both years so I call it a match; purists may not think so. In the scheme of things, watch manufacturers did match stock of a model's case with stock of a later year movement. 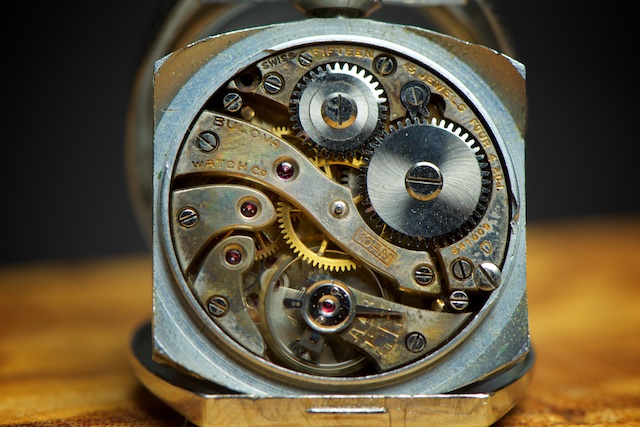 I was so excited about the new watch that it hasn't been cleaned yet. The above photo shows how dirty a movement can become over time. It has a haze over it and you can see the discolouration from the dried oils used to lubricate it. 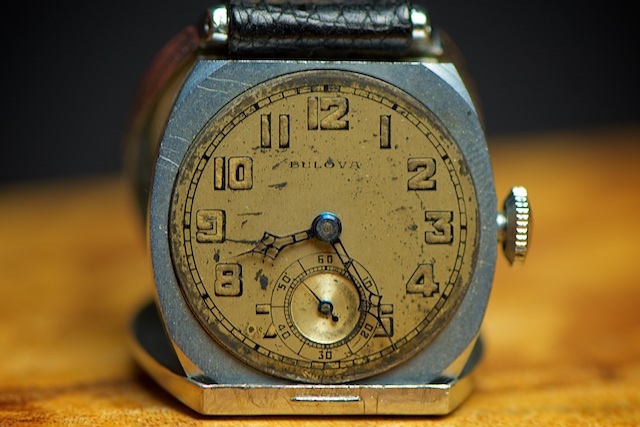 While the dial above has significant aging to it, it will remain unrestored. An original dial is only original once so I will for the moment forgoe having it refinished. 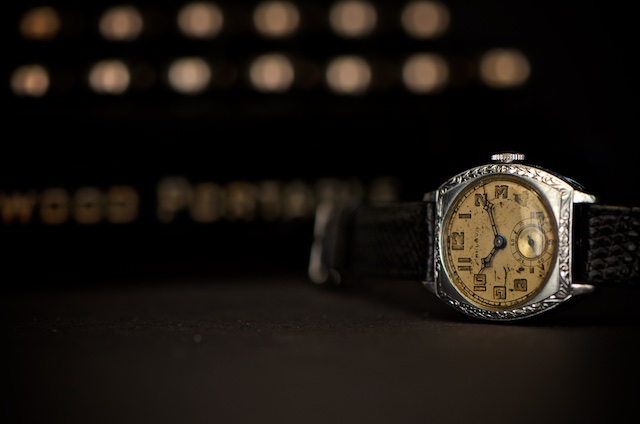 The photo above turned out rather unique. The watch sits in front of another recent acquisition - a 1935 Underwood Portable typewriter. 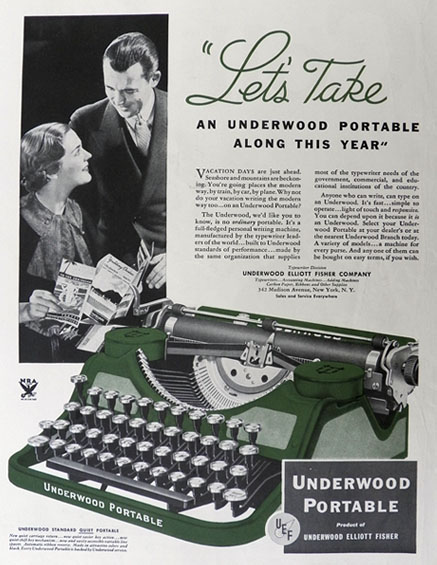 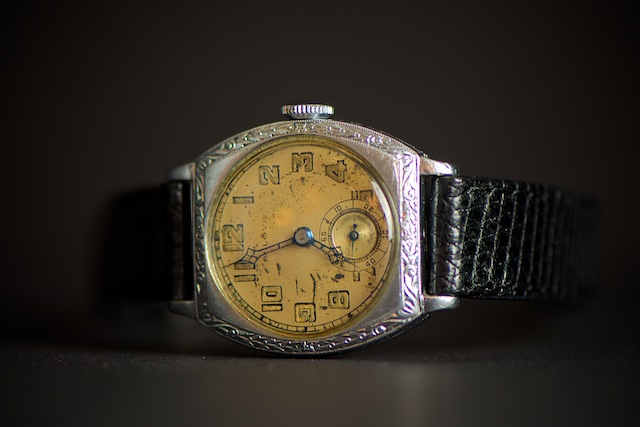 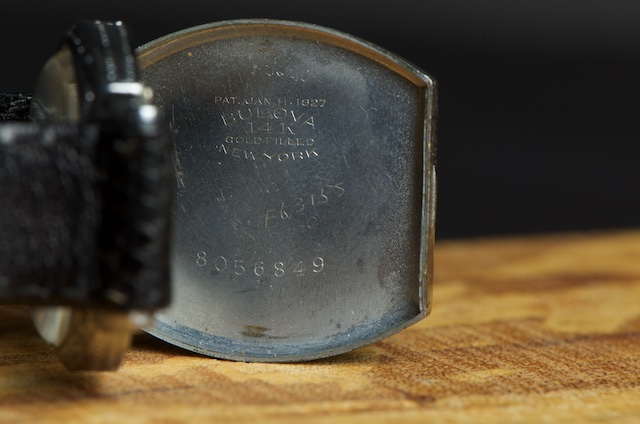 Posted by Inatime Watches at April 17, 2017 No comments:
Email ThisBlogThis!Share to TwitterShare to FacebookShare to Pinterest

Ever set yourself to a task only to have to stop and rethink, take a "time out" or otherwise walk away?

Well, I walked away from the disassembly of my 1959 Bulova Sea King project to give myself a time out in case I inadvertenly damaged it because of sheer frustration.


It was all about trying to get the back off the watch. It was a friction fit, meaning the back snaps onto the front part of the watch and is held with friction. I could not, for whatever reason get the back off.  I confided with a number of like-minded collectors and followed what they suggested but no luck. After a week of frustration and some scratches (on me and the watch from a tool I used), I set the watch aside in August 2016. That's right, August last year. I doubted myself and then I thought maybe it was all the advice, YouTube videos and manuals that were incorrect.

Move forward to today, some 7+ months later, I sought assistance again from the horology world and again I tried. I was about ready to take another time out today but I finally got one last nerve and I prodded and poked and torqued and leveraged and voila, the back came off. Yahoo! I had given myself a time out for 7 months and that's all it needed.


So how much time must pass after having taken a time out? An hour, a day, a week, 7 months? The fact of the matter, whatever time it takes, sometimes walking away and taking a time out to clear your head is the best way forward.
Posted by Inatime Watches at April 09, 2017 No comments:
Email ThisBlogThis!Share to TwitterShare to FacebookShare to Pinterest
Newer Posts Older Posts Home