A recent Hodinkee.com article about the new movie release "First Man" mentions movie production details like the use of Omega Speedmaster watches worn by the actors. The "Speedy", as it is affectionately referred to, was the same model used during the first moon missions of the 1960s. This got me thinking about my connection with Canadian astronauts and my six degrees of separation from space flight. The Hodinkee article referenced Canadian Astronaut Chris Hadfield (I myself am Canadian, eh) and I got to think about my encounter with him and another Canadian astronaut.


The short Hodinkee article was primarily about the Omega Speedmasters used by astronauts through the 1960s but also referenced the continuing use of Omega watches today (in the case of Chris Hadfield, an Omega X-33). 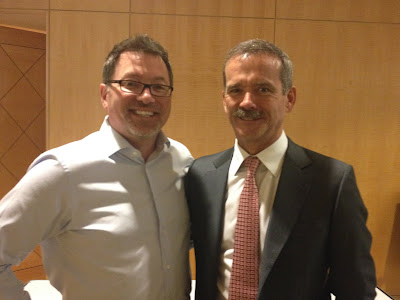 Having recently read the article, I recalled the encounter I had with astronaut Chris Hadfield a few years ago. Following a presentation from Colonel Hadfield about his time on the International Space Station, I had the privilege to chat with him.

In addition to wearing a cool Omega watch in space, the Hodinkee article references Colonel Hadfield's rendition of David Bowie's Space Oddity, recorded on the International Space Station. It is an interesting feat recording a music video in space!

Interestingly, my connection to space was even earlier when I met another Canadian astronaut, Colonel Jeremy Hansen. I spent some time with Colonel Hansen when he flew a CF-18 Royal Canadian Air Force fighter jet during a demonstration at an airshow I was producing at the time; this was just before he became an astronaut. As for watches Colonel Hansen wears? Much of the time an Apple Watch is seen on his wrist but an X-33 appears to been seen on his wrist too. 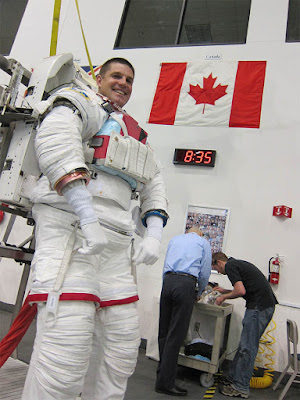 Like what you're reading? Please leave us a comment, we'd love to hear from you.
Posted by Inatime Watches at November 04, 2018
Email ThisBlogThis!Share to TwitterShare to FacebookShare to Pinterest