The Advent of the Electric Watch

Aren't watches all made the same? Electric, mechanical what is it all about?

I have typically collected traditional mechanical watches (the ones you wind up) with the exception of some Bulova Accutron watches I recently purchased. I blogged about the Bulova Accutron's in "Another Diversion".  Now among my collection is yet another "type" of watch, the Hamilton Electric.


The advent of the electric watch was part innovation, part marketing and part desire to use the emerging battery technology to power a watch and eliminate the need to have to wind it. Seems hot on the heels of Hamilton introducing the electric watch (among other makers), Bulova soon introduced the Accutron tuning fork to the world of watch movements.

The Hamilton Gemini I just received is rather unique with its offset crown. Add the unique case shape and the electric movement, and this is a cool watch.


The electric watches now in my collection use electrical contacts like the Hamilton or a transistor like the Bulova Accutron. What is common with a mechanical watch and a Hamilton Electric is that they both use a balance wheel to regulate the movement and the Bulova Accutron uses a tuning fork (well, sort of). You could perhaps say that the Hamilton Electric is a hybrid of the traditional mechanical movement. I've taken a few shots of the three movement variants below so you can start to see the differences (and similarities).


I'm hopeful the battery corrosion seen in the 505 above does not pose a major problem on refurbishing this watch movement. The previous owner not only had the incorrect battery type it it, but obviously had left it in the watch for a while. I guess understandably as you need to remove the movement from the watch case through the crystal opening; for the novice, not as easy as it sounds.


So, a start of a well-rounded assortment of movement types. The quartz movement is yet another beast and admittedly I own a few but they are not centre to my watch collection.


Posted by Inatime Watches at August 11, 2018
Email ThisBlogThis!Share to TwitterShare to FacebookShare to Pinterest

A new year, a new decade. Happy New Year all. With another year, for me, that means another watch (or two or three) and another segment... 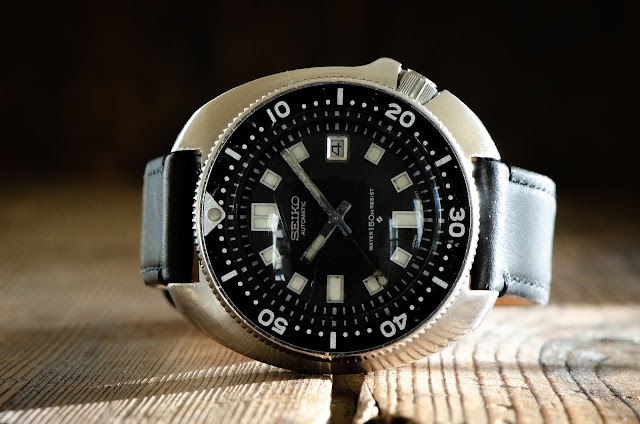